The Federal Reserve lowered the target range for the federal funds rate to 1.5-1.75 percent on an 8-2 vote during its October meeting. It was the third rate cut this year amid muted inflation pressures and concerns about the economic outlook. But what can be seen from its policy statement is that Fed signaled pause in easing cycle as the previous reference that it “will act as appropriate to sustain the economic expansion” was removed.

That’s a big move suggesting that no further rate cuts should be expected in the near future. The minutes of FOMC stated that after the last 25 basis point reduction, the stance would be well calibrated to support the outlook of moderate growth, a strong labor market, and inflation near the Committee's symmetric 2 percent objective, and likely would remain so as long as incoming information about the economy did not result in a material reassessment of the economic outlook.

At present, the market is betting that the Fed this time will hold the federal funds rate range 1.5-1.75 percent unchanged.

Opportunities can be found in the statement

“Consumer price inflation, as measured by the 12-month change in the price index for personal consumption expenditures, moved down from a little above the FOMC's objective of 2 percent in the middle of last year to a rate of 1.5 percent in May. The 12-month measure of inflation that excludes food and energy items (so-called core inflation), which historically has been a better indicator than the overall figure of where inflation will be in the future, was 1.6 percent in May—down from a rate of 2 percent from a year ago. However, these year-over-year declines mainly reflect soft readings in the monthly price data earlier this year, which appear to reflect transitory influences. Survey-based measures of longer-run inflation expectations are little changed, while market-based measures of inflation compensation have declined recently to levels close to or below the low levels seen late last year.” Referring to Fed’s Monetary Policy Report (July 2019).

The US annual inflation rate rose to 1.8% in October, which is beyond market expectation of 1.7%, but the core inflation rate in October fell by 0.1% to 2.3%. US CPI increased to 257.27 Index Points in October from 256.36 Index Points in September, showing a moderate pick up in inflation level after Fed’s consecutive three rate cut decisions. In determining the future adjustments to the target range for the fund rate, the FOMC will assess realized and expected economic conditions relative to its symmetric 2% inflation objective, including indicators of inflation pressures and inflation expectations.

“The labor market has continued to strengthen. Over the first five months of 2019, payrolls increased an average of 165,000 per month. This rate is down from the average pace of 223,000 in 2018, but it is faster than what is needed to provide jobs for new entrants into the labor force. The unemployment rate moved down from 3.9 percent in December to 3.6 percent in May; meanwhile, wage gains have remained moderate.” Referring to Fed’s Monetary Policy Report (July 2019).

The US unemployment rate decreased to 3.5% in November from 3.6% in the previous month, which performs better than market expectations of 3.6%. FOMC indicates that the labour market remains strong, the non-farm payrolls in the US grew by 266 thousand in November, following an upwardly revised 156 thousand rise in October. FOMC is still watching on the labour market conditions to the future fund rate adjustments.

“In the first quarter, real gross domestic product (GDP) is reported to have increased at an annual rate of 3.1 percent, bolstered by a sizable contribution from net exports and business inventories. By contrast, consumer spending in the first quarter was lackluster but appears to have picked up in recent months. Meanwhile, following robust gains last year, business fixed investment slowed in the first quarter, and indicators suggest that investment decelerated further in the spring. All told, incoming data for the second quarter suggest a moderation in GDP growth—despite a pickup in consumption—as the contributions from net exports and inventories reverse and the impetus from business investment wanes further.” Referring to Fed’s Monetary Policy Report (July 2019).

The GDP in the United States expanded 2.1% in the 3rd quarter of 2019 over the same quarter of the previous year. Even with a strong job market, inflation close to the objective and a bulk growth of GDP, FOMC is still being patient as these outcomes may be appropriate to support future federal funds rate adjustments to the target range.

At present, the Dollar Index (DXY) is trading near the strong trendline connected from 2019 lows, if the price stands on it this time, DXY would be likely to return to bullish view again. Last Friday, DXY bounced around 40 pips due to the favorable increase of non-farm payrolls. But right now, DXY need to break above 97.40 resistance level to confirm the bullish bias. 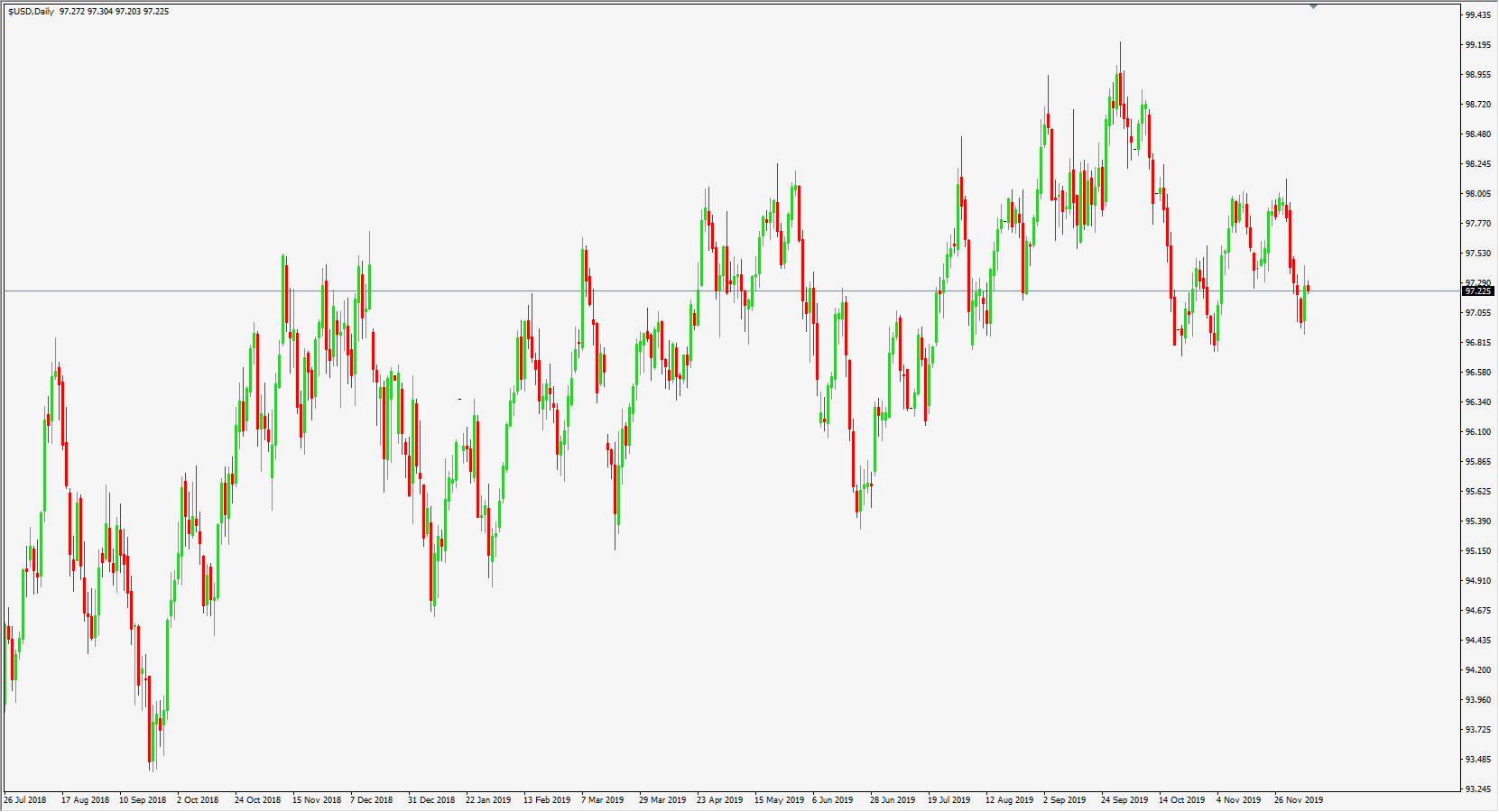