US Nonfarm payrolls increased by 266 thousand in November 2019, following an upwardly revised 156 thousand rise in the previous month, which is far more than 180 thousand as market expected, with notable job gains occurring in health care and in professional and technical services. Employment also increased in manufacturing, reflecting the return of workers from the GM strike in Michigan and Kentucky. Meanwhile, the unemployment rate decreased to 3.5% in November 2019 from 3.6% in the previous month, better than market expectation of 3.6%. In the wages category, average hourly earnings (YoY) rose by 0.2% after an upwardly revised 0.4% rise in October, which missed market expectations of 0.3%.

The Fed is watching the labor component as it seeks to meet its inflation target. The Non-farm payrolls for December was scheduled to be released on 10 Jan 2020. The expectation of NFP from Trading Economics is 164K.

However, the ADP payroll report raises confidence that the government’s data on Friday may not be as weak as expected. The ADP employment change in August has been announced yesterday. U.S. private-sector employment picked up in December as businesses added 202 thousand jobs, the most since April 2019 and well above market expectations of 160 thousand.

The Dollar Index (DXY) rebounded from 95.94—the half-year low since the New Year has begun. It might lead Dollar index into a new rally in next days. The dollar index has continued to sell-off in December 2019 after its failure to breakthrough 97.36 barrier. Therefore, to confirm the bullish bias, dollar index has to step on 97.36. In the Daily timeframe, MACD is turning the momentum away from bearish territory. Focus on 96.76 first support level for further movement for now. If the price obtain upward momentum at 96.70 support level, it might trigger another move higher to 98.11. 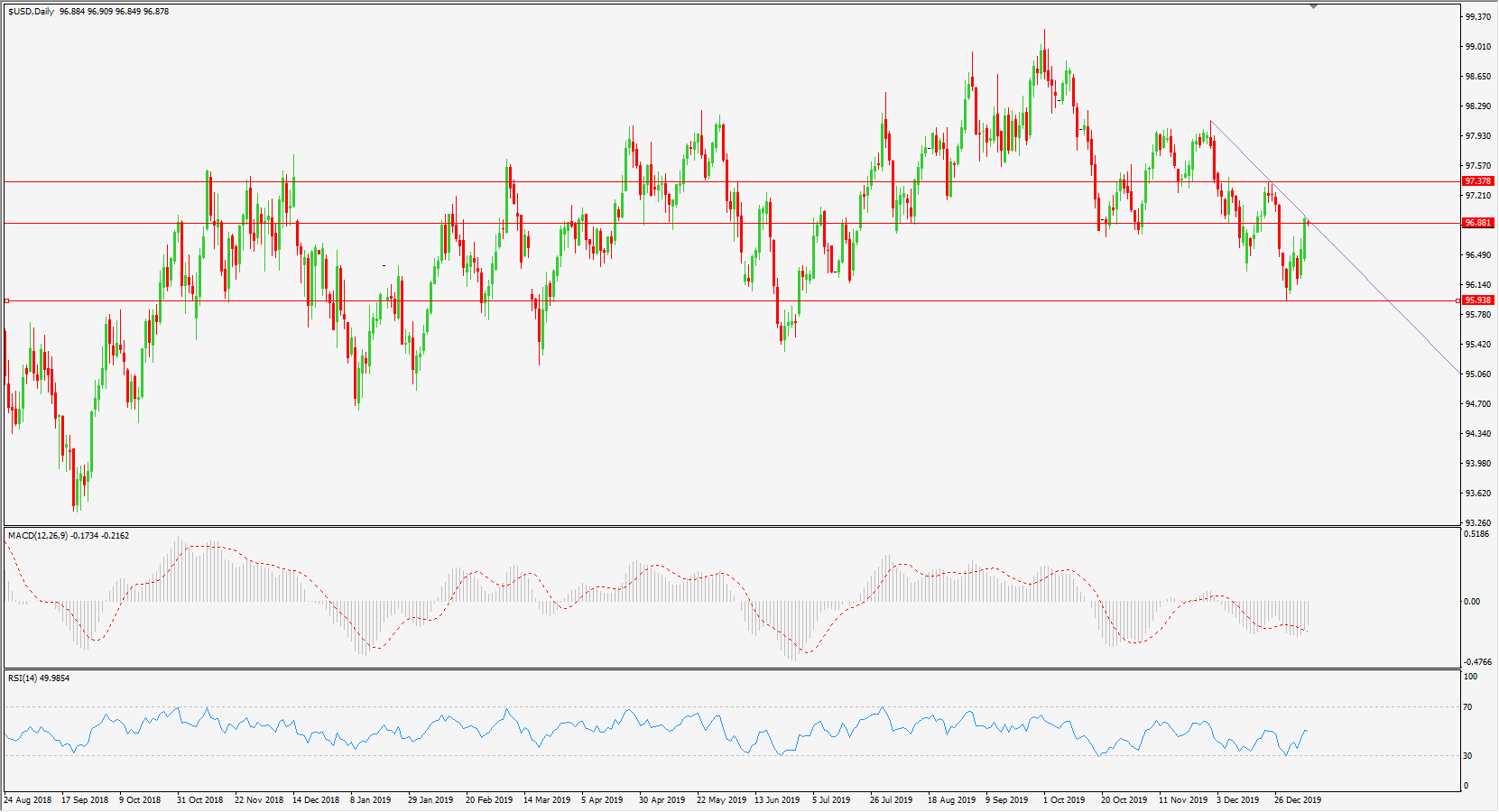