US Nonfarm payrolls increased by 145 thousand in December 2019, the least increase since May, following a downwardly revised 256 thousand rise in the previous month, which is far below 164 thousand as market expected. The largest job increases occurred in retail trade and health care. A later-than-normal Thanksgiving Day in 2019 may be partially responsible for the less-than-ideal performance of December NFP. It could have shifted hiring of seasonal workers, and to a boost in November from the return of GM workers.

Meanwhile, the unemployment rate kept well at 3.5% in December 2019, in line with what market expected. In the wages category, average hourly earnings (YoY) fell by 0.2% to 2.9%, which missed market expectations of 3.1%.

US Non Farm Payrolls (in thousand)

The Fed is watching the labor component as it seeks to meet its inflation target. The Non-farm payrolls for January was scheduled to be released on 7 Feb 2020. The expectation of NFP from Trading Economics is merely 148K.

However, the ADP payroll report raises confidence that the government’s data on Friday may not be as weak as expected. The ADP employment change in January has been announced yesterday. U.S. private-sector employment picked up in January as businesses added 291 thousand jobs, the most since May 2015 and well above market expectations of 156 thousand. Although there is certain historical correlation between trend of ADP and NFP, in the short term, asynchrony might exist. Last month, NFP far below the market expectation while AFP performed particularly well.

The Dollar Index (DXY) rebounded from 95.94—the half-year low since the New Year has begun. It lead Dollar index into a new rally in first month of year 2020. Currently, DXY is forming head and shoulders bottom based on an upward channel, which would probably indicate reversal in downtrend, bringing further bullish momentum to the price. In the Daily timeframe, both MACD and RSI are heading north. If the price obtain upward momentum on trend line support, it might trigger another move higher to 98.83. 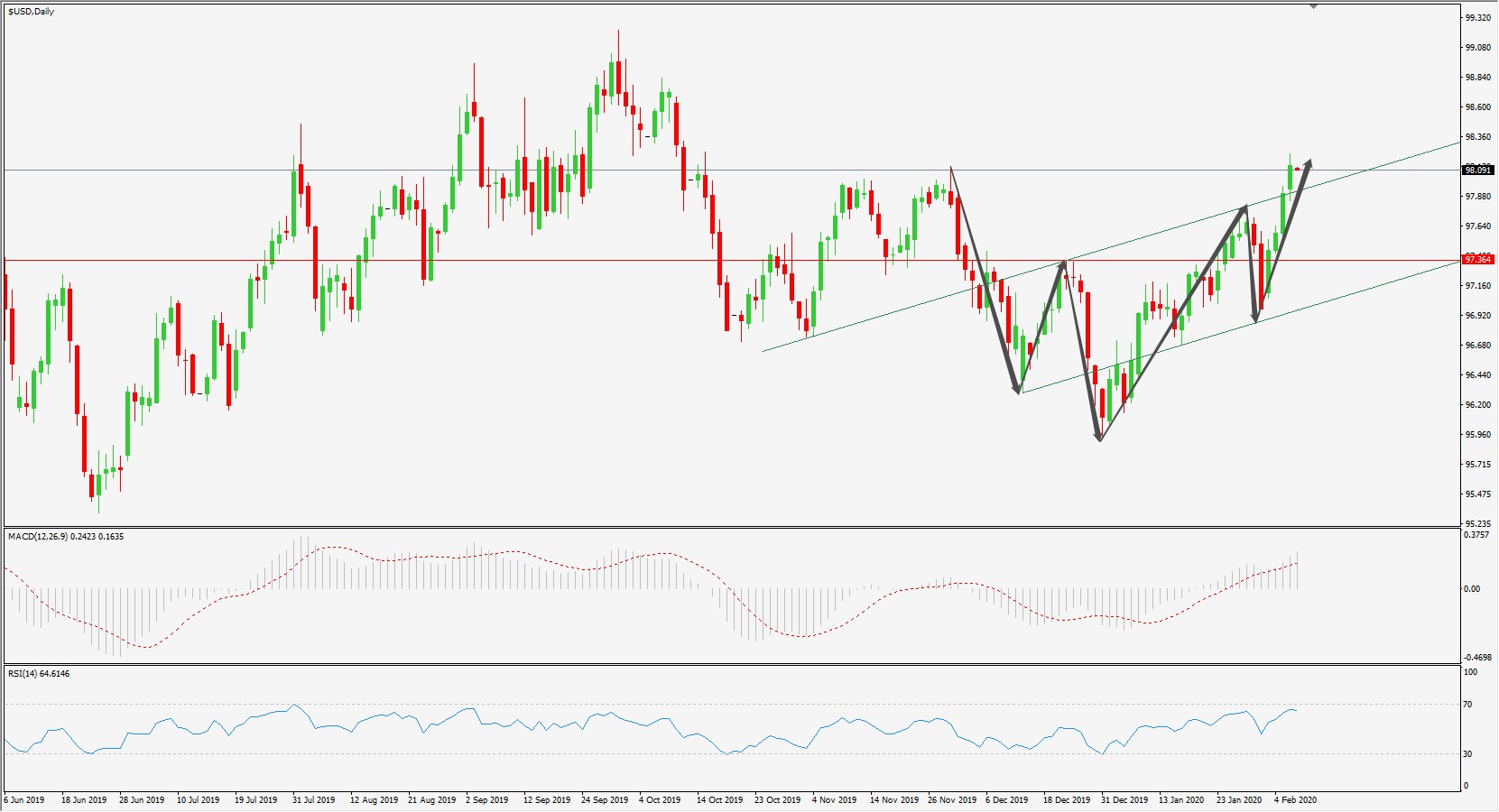