The US non-farm payrolls increased 128K in October 2019, following an upwardly revised 180 thousand rise in September and beating market expectations of 89 thousand. Notable job increases were found in food services and drinking places, social assistance, and financial activities. Manufacturing employment incurred a large fall due to the strike activity at GM plants in Michigan and Kentucky.

Meanwhile, the unemployment rate increased to 3.6 percent in October 2019 from 3.5 percent in the previous month and in line with market expectations.

In the wages category, average hourly earnings (YoY) rose to 3% in October. The Fed is watching the labor component as it seeks to meet its inflation target. The Non-farm payrolls for November was scheduled to be released on 06 Dec 2019. The market expectation has rose to 180K compared to the last release. One thing need to notice is that roughly 48,000 GM strikers and 12,000 workers who were laid off during the GM strike are expected to have returned to payrolls during November.

However, the ADP payroll report raises worries that the government’s data on Friday may not be as strong as expected. The ADP employment change in August has been announced yesterday. Private businesses in the US hired 67 thousand workers in November 2019, the least in six months and well below market expectations of 140 thousand, and compared to October's downwardly revised 121 thousand. Jobs were shed at a faster pace in the manufacturing sector.

The Dollar Index (DXY) recently consolidated in 96.70-98.01, the price has continued to sell-off in December after its failure to breakthrough 98.01 barrier. In the 4 hours timeframe, RSI have fallen into oversold territory, while MACD is now trending lower in bearish territory. Focus on 96.70 first support level for further movement. If the price breakthrough the 96.70 support level, the greenback would turning its direction from North to South in the mid-term. 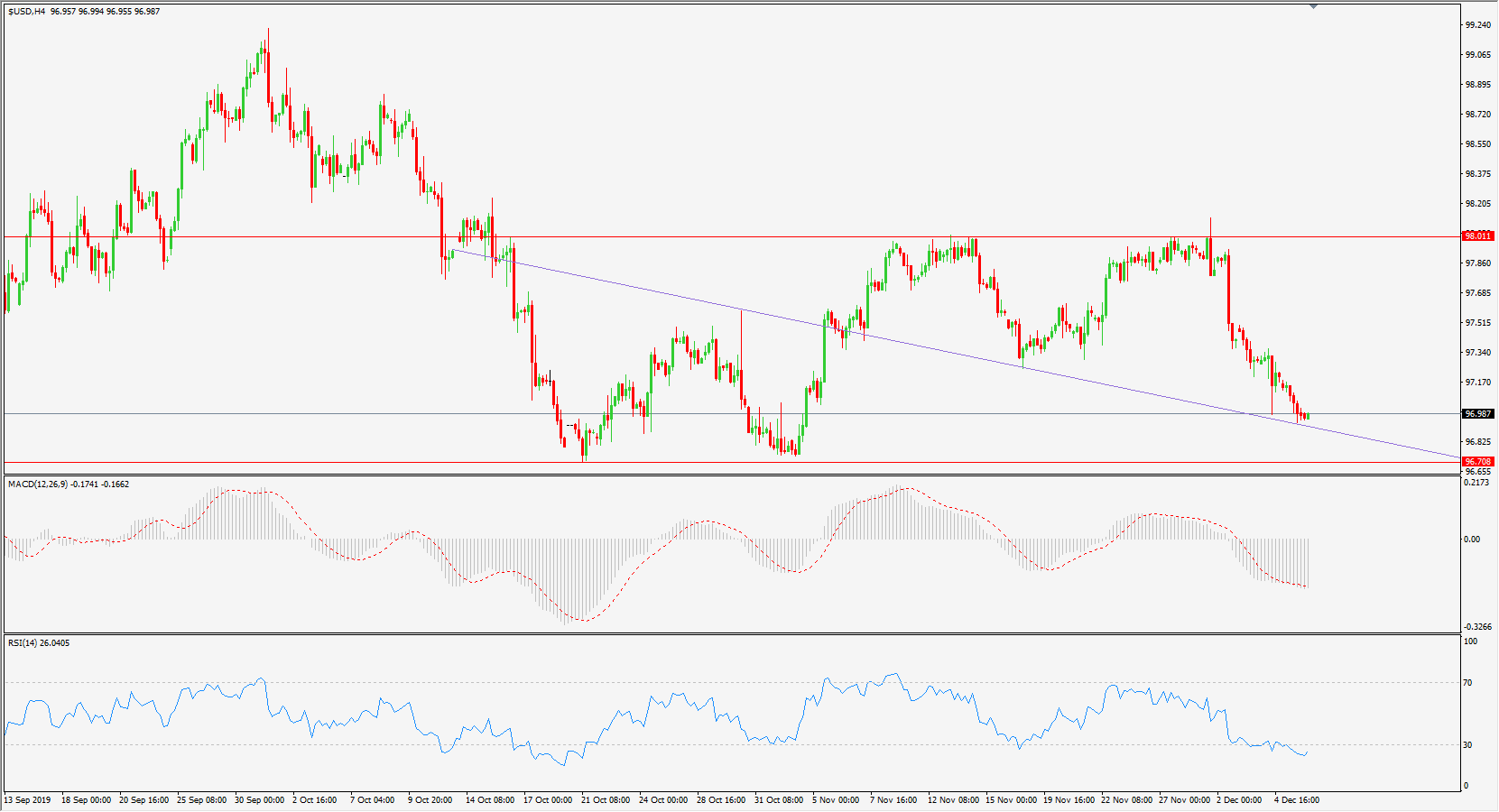